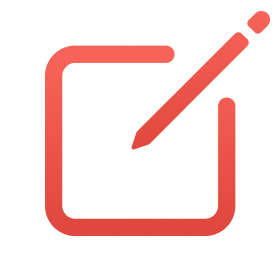 In Routine, every piece of information that enhances an object is a note. A task can be extended with a description which happens to be a note. Likewise, private notes can be attached to any event. A page is nothing more than a note with a title nested in a hierarchy. And so on for people etc.

A note is composed of a series of blocks representing objects like text, image, checkbox, etc.

Routine has been designed to combine actionable (todo) and non-actionable information (notes) in a single product. As a result, it is easy to convert any information into an action, a.k.a a task. For more information, please refer to .

Hitting / at the beginning of a line lists all the available blocks.

Do not hesitate to use it to discover the blocks available and create whatever content you need.

Below are listed the blocks supported in Routine along with the associated / command and possible shortcuts.

The shortcuts are particularly powerful for creating objects very quickly. We recommend you learn to use them, see

Multiple blocks can be selected through the use of ⇧ ↑ or ⇧ ↓.

Every block or group of blocks can be re-positioned in the notes by drag & dropping the ⋮⋮ handle on the left-hand side.

Copying blocks is straightforward, just select one or more blocks and hit ⌘ C as you would do with regular text. The equivalent is true for cutting with ⌘ X.

Those blocks can then be pasted somewhere else within Routine (⌘ V) or in the text editor of another application.

To delete blocks, first select one or more blocks, then simply press the ⌫ (BACKSPACE or DELETE) key.

On Routine, checkboxes are full-fledged tasks. These checkboxes (tasks) can be scheduled, opened and further enhanced with a note of their own.

The main difference between checkboxes and tasks you save in your inbox is the ownership relationship. While tasks saved in your inbox are root objects, checkboxes create tasks that belong to the object in which the checkbox was created e.g page, task, event, person etc.

For more information about relationships, read .

Checkboxes can be created through the / menu or by typing [] at the beginning of a block.

Convert anything into a task

Any existing block (text, bullet point etc.) can be converted into a checkbox, hence a task.

Simply position the caret at the beginning of the line, type [], and the block will be converted into a checkbox.

Every checkbox is followed by the title of the task it relates to.

But because Routine understands natural language, you can schedule, allocate time or even postpone a checkbox the same way you would do with the

Console
when creating a task.

Try it for yourself!

Create a checkbox, type a name, append on Tuesday and hit ↵. The task automatically gets scheduled for next Tuesday. You can do the same with in 3 weeks, next weekend, tomorrow at 5pm for 1h etc. For more information on the syntax, please refer to the

Keyboard shortcuts
that apply to tasks can also be used on checkboxes. Put the focus on the checkbox block and trigger the shortcut, e.g., ⌘ ↵, to open it.

Every section (H1/H2/H3) can be retracted and expanded to hide/show its content.

Simply click the arrow on the left-hand side of the section title and every children block will be hidden/shown.

If you are not as comfortable with Markdown, you can select some text and use the menu to format it:

In addition to explicitly formatting a link in Markdown, Routine also automatically detects links in text to make it ever easier.

As such, if you were to write routine.co anywhere, the text would be automatically transformed into a routine.co link.

Links can be opened by holding the ⌘ key and clicking on the link i.e ⌘ CLICK.

Something missing? Send us a message by email, chat (see